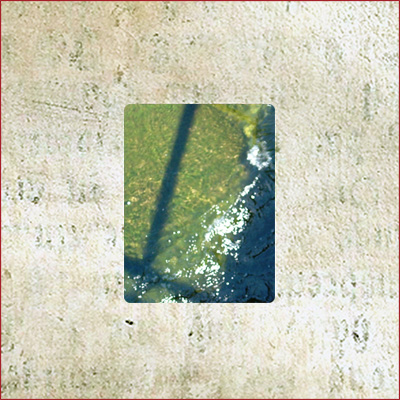 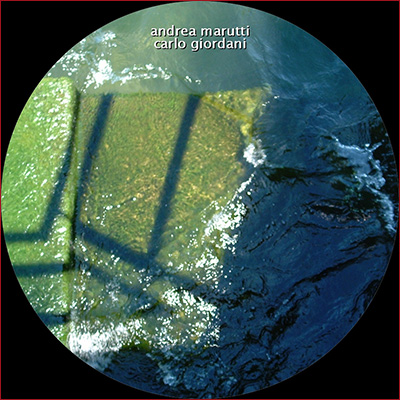 Recorded and assembled between December 2013 and May 2019.

The piece offered here is part of a larger body of work originally commissioned by Ambiente H to provide a soundtrack to “Aquology – Oceano interiore”, a multimedia project by Massimo Indellicati.

Digipack layout design by Daniel Crokaert based on an enlargement of details from an artwork entitled “Been Listening All Day” by Herber Pföstl.

This aquatic collaboration between these two italian artists (the ambient master and the field recordist) is the first part of a large body of work that will be fully released sooner or later...

In 2005 I had the chance to know Carlo Giordani’s work through Paolo Ippoliti – of Logoplasm fame – who had hosted a large collection of his field-recordings on the S’agita Recordings website. At a time when the field-recordings craze was beginning to spread, I immediately realized that Carlo was a veteran in this… field! A grown man with a very peculiar listening talent and technical ability, as well as a special sensitivity.

This first part published by Taâlem, entitled “Furia e abbandono (galleggiare, annaspare, arrendersi e lasciarsi trasportare)” – which translates into “Fury and Abandonment (floating, struggling, surrendering and being carried away)” – originally exceeded 30 minutes and has been completely revised on occasion of this publication to make it more ‘straight to the point’ and suitable for the 3″ MiniCDr format.

As I write, work is in progress to make the next two parts available as a full-lenght CD.

Vital Weekly 1223, Frans de Waard, March 2020
Andrea Marutti has had a release on Taâlem before, and there was a time when his name popped a lot more in these pages. I have no idea why not so much these days. Music by Carlo Giordani has been reviewed only once, it seems, in Vital Weekly 727. He takes credit for ‘field-recordings, tapes, treatments, mixing’, while Marutti is responsible for ‘synthesizers, samples, treatments, mixing, mastering’. I understand that this piece is the first part of a bigger work to be released in the future, but it is something that they have been working on for some time. The cover says it was “recorded and assembled between December 2013 and May 2019” and it is part of a soundtrack to “Aquology – Oceano Interiore”, a multimedia project by Massimo Indellicati. The aquatic theme one could not miss in the splashes of water sounds that we hear in the opening of the piece and which run throughout this piece. It all has that below sea surface quality, the soundtrack, I imagine, of being inside a submarine. Now here I would think the treatments are all done with the use of computer technology. Large chunks of field recordings are processed and together with those who still have a more natural feeling combined into a large, twenty-two-minute soundscape of drips, splashes and the uber-drone of what sounds like a submarine engine humming in the back. It is something that could have fitted on the Mystery Sea label, had that still existed. This is an excellent work and it made me curious about the rest of it.