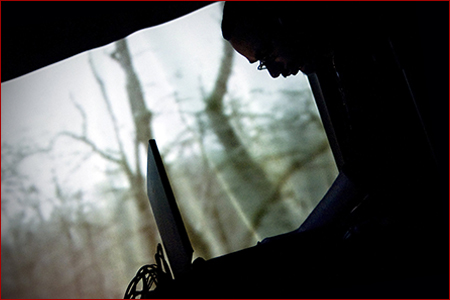 I was born in 1970 in Savona and I currently live in Milan, Italy. I began my experiments with music in the early ’90s using mainly tapes and objects. A few years later I also started to use synthesizers, samplers and other electronic devices, and founded the Lips Vago Digital Studio.

My most well-known projects are Amon and Never Known. During the late ’90s/early ’00s several of my releases in the field of Ambient/Dark Ambient music have been published by labels such as Eibon Records, Nextera, Amplexus, Silentes, Drone Records, Taâlem, etc. on CD and other medias.

For some time I was also responsible of other projects dealing with different styles of electronic music ranging from Lo-Fi/Weird/Cheap Electronica to IDM (Wolkspurz & Ramirez, Lips Vago) to Dada/Noise/Nonsense (Spiral).

With the turn of the century I started recording and releasing Experimental/Ambient tracks under my own name, in duo with Giuseppe Verticchio/Nimh as Hall of Mirrors, with Davide Del Col (Ornament, Echran, Antikatechon) as Molnija Aura, and again in duo with Andrea “Ics” Ferraris as “Sil Muir“. Later on I was also involved in two collective projects: Maribor with Giuseppe Verticchio, Maurizio Bianchi, Stefano Gentile, Pierpaolo Zoppo and Gianluca Favaron, and Meerkat with Andrea Ferraris, Davide Valecchi/aal, Fabio Selvafiorita, Luca Bergero/Fhievel, Logoplasm, Luca Sigurtà, Matteo Uggeri/Hue and Adriano Zanni/Punck.

Around the same time I produced a very special work with master synthesist and experimenter supreme Fausto Balbo, which gave me the opportunity to widen my usual scope of interest, and I also undertook a prolific collaboration with field recordist Carlo Giordani, which resulted in a large body of works where our own different peculiarities sustain each other’s, giving life to a totally immersive audio environment.

After a few years of hiatus, in late 2017/early 2018 I re-built my studio in a new location and began to work on new projects.