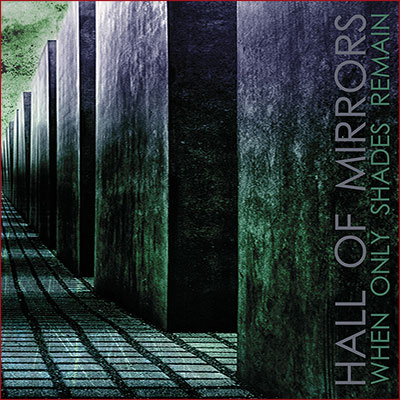 Hall of Mirrors is the project I share with Giuseppe Verticchio / Nimh from Rome. Following the previous “Altered Nights“, released on Malignant Records back in 2012, the fourth HOM album – entitled “When Only Shades Remain” – is out now on Italian label Eibon Records.

Our previous releases have used different guests/collaborators on each work, making it a distinctive feature of the project, but for this new chapter we decided to go alone. The album was created between May 2016 and January 2018, and it comes in a gorgeous gatefold cardboard digisleeve with inner sleeve that features stunning artwork created by Mauro, the Eibon Commander.

This is the short press-release from the label: «Andrea Marutti (Amon / Never Known among others…) and Giuseppe Verticchio (Nimh) have teamed up again for this new Hall of Mirrors monumental release. Textural, noisy, profound dark ambient with some pretty ‘melodic’ patterns hidden behind layered noises and evolving drones. Astonishing, to say the least.»

You can listen the complete CD album and purchase it on the dedicated Bandcamp page.