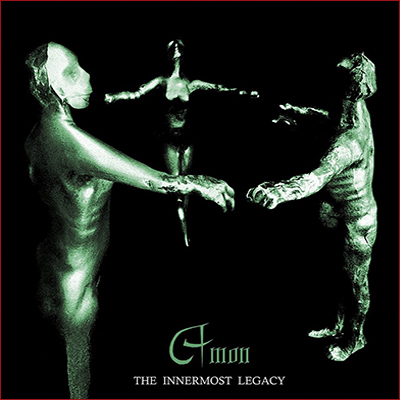 “The Innermost Legacy”, an expanded and completely remastered new press of Amon’s 1999 CD album “The Legacy”, is out now on Eibon Records / Silentes.

Coming as a 2xCD set, it also includes “Live Report”, a selection of tracks recorded during various concerts I played in the late ’90s, which are presented in a continuous mix lasting about 60 minutes.

In 1998, when I started recording the tracks that ended up on the original CD, I was particularly interested in the phenomenon known as the “Face on Mars” – located in the Cydonia region – photographed for the first time in 1976 by the American probe Viking Orbiter 1 during its mission. Such pictures, taken at a very low resolution compared to those taken more recently during other missions, clearly showed a Martian face resembling the Great Sphinx of Giza and some pyramid-shaped structures.

‘The legacy’ to which I referred in the title, concerned my opinion about the fact that someone in ancient times may have left on the Earth and on Mars a sign of their passage. Much of the album was inspired by this theme.

On these recordings I almost completely abandoned the synthesized sounds that were used on “Amon” and “El Khela”, in favour of a large use of samples. The tracks were not sequenced and built as in the previous works, but were culled from long improvisations that also included “controlled feedback” as a sound source.

More information about this release are available here. You can listen the complete CD album and purchase it on the dedicated Bandcamp page.